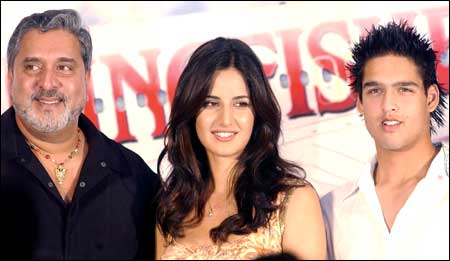 Finally the Indian Premier League has ended. A tournament that lasted for over a month, it had something for everyone. It had some exciting and nail biting finishes, the presence of Bollywood stars, some excellent displays of individual brilliance (Sohail Tanvir, Shaun Marsh, Shane Watson, Yusuf Pathan, Gautam Gambhir etc) as well as displays of great team spirit and passion, as we all saw with Rajasthan Royals.

The way the IPL ended, with an edge-of-the-seat situation in the last over, will remain in memory for a long time to come. Such excitement and unpredictability has now become a routine feature of Twenty20 cricket but the IPL took this excitement to an unprecedented level. The focus of this IPL review is the change that the IPL will create in world cricket. The title of this thread is actually the slogan of American presidential candidate Barack Hussein Obama- “change we can believe in”. The question the Legslip management now asks its visitors is, what will be the magnitude of this change and what sort of changes are we likely to see?

Can we believe in this change? All circumstances point to an answer in the affirmative. The IPL has been a resounding success not just in India but around the world. When the IPL began, cricket fans did not know what to make of it. Indeed, many like myself were sceptical and did not trust this uninvited proliferation of Twenty20 cricket. The cricketers themselves didn’t know what was to be expected. The IPL that started as an ambitious project exceeded all expectations, even those of its creators.

A lot has been discussed about which teams played well and which players deserve the accolades, so let us refrain from those concerns. Rather let’s focus on other issues like, what is the future of ODI cricket? Test cricket is already in decline; however, Test cricket does have a character and most people assert it will remain, even if played only occasionally. Twenty20 is a paradigm reversal of everything Test cricket is about. The two versions of international cricket can be viewed as opposing ends of a spectrum. ODI cricket is stuck in the middle- will it be snuffed out?

Twenty20 is the most lucrative cricket format, financially speaking. Already there are rumours of Australian private leagues and (probably ill-fated) Pakistan Premier League. It seems everywhere around the world entrepreneurs who take an interest in cricket are devising plans for private Twenty20 leagues. Surely this can only mean a decline of ODI and Test cricket. We have all spoken about how Twenty20 can change the way cricket is perceived in America, Canada and other countries. The world is becoming a smaller place and everything is being globalised. Hence cricket can surely be changed and introduced in countries changing the global popularity and recognition of cricket?

So we have identified the possible changes and the magnitude of those changes. Despite being a super success that enveloped the cricketing world in a frenzy, the IPL did have its flaws (which all of us, in particular Javed A Khan, have alluded to at some point or another). The IPL could definitely be trimmed in terms of length. It was way too long. There need to be more international players in the teams. Now that the organisers have seen the global support for IPL, they will hopefully change the limit to 5 or 6 international players in the playing XI. This will help rather than hinder the financial performance of IPL. Also, in the previous thread Javed A Khan made a very astute point regarding boundary lengths- they need to be of equal size. This certainly needs to be addressed.

In conclusion, is the IPL a change we support and can believe in? Not all of us may have seen all the IPL matches and some of us may even have a grudge against it, for it goes against many principles of cricket that make us love the very game itself. However, can IPL even be called “real cricket”? For most part it was an entertainment package with huge sixes, shattering stumps, diving catches, gorgeous actresses, seductive cheerleaders and lots of general razzmatazz. Hence in terms of entertainment value, the IPL gets full marks. The IPL has taught me a lot about Twenty20 cricket and may even have changed my perception of the format. The IPL has sneezed and the world has caught a cold. Change is on its way. And in the aftermath of the IPL, when I look back and analyse what the cricket world has witnessed in the past month or so, it seems it is change we can most certainly believe in.

This entry was posted on June 1, 2008, 10:07 PM and is filed under LS India. You can follow any responses to this entry through RSS 2.0. You can leave a response, or trackback from your own site.