Did we see it coming? Many would say, not. Yet India did seemed to do the unthinkable by beating the Aussies by a margin of 320 runs, which is India’s biggest ever margin of victory in terms of runs.

The noticable aspect of this victory was that we saw a rare team effort from India which completely demoralised the Australian pscyhe. Dhoni’s captaincy deserves special mention, but not for the first time. 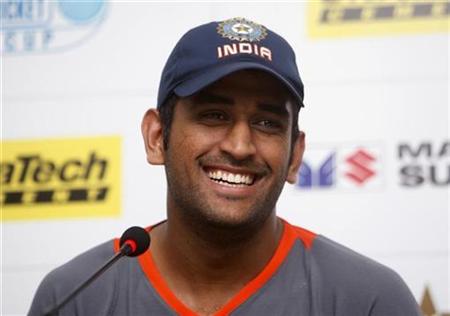 Mahinder SIngh Dhoni has provided India with a fresh and delicious change which Indian cricket had been finding for more than a decade. Dhoni’s calmness, commitment, professionalism and above all, motivational skills took India to victory against the strongest team in the world. One had to observe and almost celebrate the look of resignation and submission on the face of Ricky Ponting, whose visage was nothing like the usual confidence and brashness it usually exudes.

Never in the past two decades has this question been more appropriately asked- “Is this the end of Australian domination in world cricket?” And never have we felt so compelled to answer in the affirmative.

Amit Mishra exceeded all expectations and bamboozled the Aussies. Mishra seemed to be the essential replacement for Anil Kumble, whose captaincy has come under the scanner and whose bowling seems to have lost its potency. There have been subdued calls for Kumble to quit for over a year, but now it would be the right time for the spinning legend to call it a day. 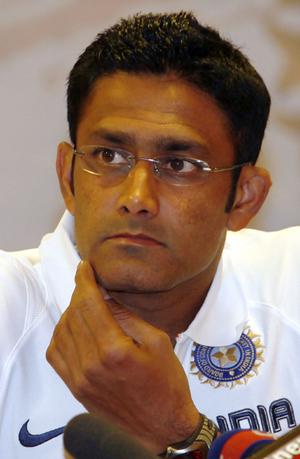 Kumble needs to do some serious thinking about his future 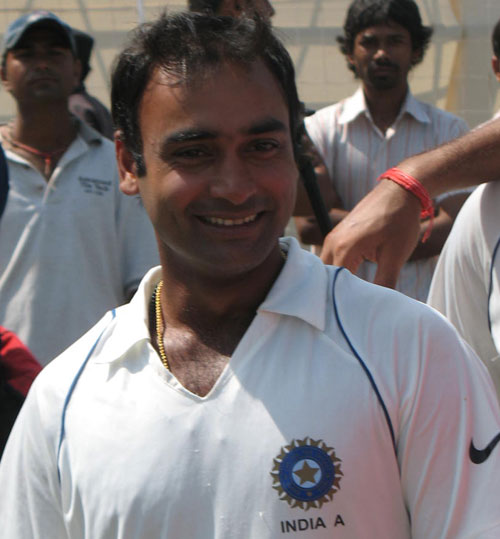 Mishra has a long way to go for India

In fact, Mishra is not the only competitor for Kumble. Ojha is another spinner who has been knocking the doors of selection for some time and has lost out due to Kumble’s presence. India’s recent successes have been most attributable to the injection of youth; why should the spin department be bereft of talented youngsters? There are already calls to keep Dhoni as captain for the remainder of the series and Kumble is definitely feeling the heat.

Gambhir was effective and showed his good form with a commanding century in the 2nd innings. However, Sachin Tendulkar’s 88 was very special, not because it helped set the momentum of the Indian innings and was scored at an impressive strike rate of almost 80, but because he broke Lara’s record and became the leading run scorer in Tests. Tendulkar’s record breaking seemed to convey a mystical effect to the Indian pysche- it was a feeling of domination, a feeling of conviction and a feeling of genius almost, which actually has epitomised Tendulkar’s batting over the years, but much more so when he was at his enviable peak. 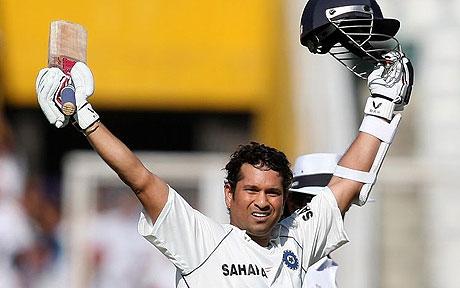 No batsman has played Australia better than Tendulkar has and even though Tendulkar is often criticised for lacking pressure handling skills, it takes a lot of guts and determination to raise your game level against the best in the business. Tendulkar has verily been Australia’s nemesis. For various reasons, Tendulkar is commonly perceived to be the most accomplished batsman in the history of cricket and this fact in itself has helped the Indian team to raise their confidence and feel pride in themselves.

Other than Tendulkar, Ganguly’s superb century also deserves to be applauded. Mishra has already been praised but Harbhajan also deserves mention for his 5 wickets in the test. Indian commentators have always spoken about the need for the whole team to contribute, and this test is a testament to that suggestion. There are many positives to take from this test- where does one begin? The opening was solid, the middle order of Tendulkar, Ganguly and Dhoni clicked and the bowling was penetrative and consistent. It goes without saying that the pair of Zaheer and Ishant complement each other very well and both have a lot of firepower within them, able to rattle any batting line up. 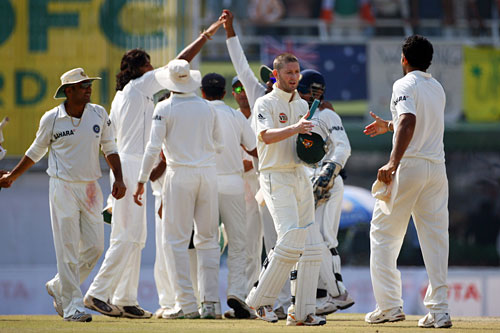 To conclude, this was a memorable test in many respects, not least because of Tendulkar reaching a milestone and the margin of victory. The cricket world is coming to terms with India’s resurgence and Australia’s vulnerability. Every tide has an ebb, and this is surely Australia’s ebb. Australia has been pushed to the ground, but because of the aggressive nature of the Australian psyche and mental strength, the remaining two tests are likely to be competitive.

This entry was posted on October 23, 2008, 1:10 PM and is filed under LS India. You can follow any responses to this entry through RSS 2.0. You can leave a response, or trackback from your own site.