When a draw is a win

Posted by Sentinel Prime in LS Pakistan on November 27, 2010

Misbah batted like how you would want a captain to

Pakistan drew the Test series with South Africa 0-0. This is being termed like a monumental achievement as Pakistan is considered to be a near minnow team these days. Not only are Pakistani players demoralised and lacking direction, they also have to bear the brunt of never-ending controversies that are a curse to Pakistan cricket.

Taufeeq and Hafeez were spirited, albeit perhaps not dominating

The drawn series leaves one with mixed emotions overall, as there are many areas where Pakistan can still show improvement. Yet, it is an achievement. Pakistan was playing in “home” conditions in UAE; the pitches were flat as pancakes as you would expect a typical Pakistani pitch, and most of the crowd consisted of Pakistan supporters so the conditions were ideal for Pakistan.

Taufeeq Umar and Hafeez played with responsibility for most part and appeared spirited. They also gave Pakistan its first opening century-stand after what seemed like an eternity. Taufeeq has made a return to international cricket after many years. He has probably performed well enough to be selected for Pakistan’s tour to New Zealand. Taufeeq’s performance was always more consistent than Salman Butt and Imran Farhat, but somehow he was never dealt with as much patience. He averaged in the early 30s in this Test series which will pull his overall average down, but due to Butt’s suspension and Farhat’s ineptitude, Taufeeq may be Pakistan’s preferred left handed opener for now. Speaking of Hafeez, he has shown as overall improvement in all areas and is probably Pakistan’s surprise package of

Pakistanis will have to be wary of seaming NZ pitches

2010. Hafeez always had shots, some temperament, he was always a good fielder but he never seemed comfortable in international cricket. Either he lacked confidence, or did not have sufficient “sources and connections”, and therefore he could never settle when batting. However, the new Hafeez has a solid defence, a better hand eye coordination and increased confidence. The conditions in NZ will not be ideal for Pakistan batsmen but they must make the most of them. Hafeez will be challenged but he needs to focus on preserving his wicket.

Speaking of preserving wickets, Misbah was a revelation in this series. Misbah has been criticised very liberally on this blog for poor performance which has been consistent for two years but this series will do wonders for his confidence. Not only was Misbah’s performance lacking, he was also accused of playing politics and taking part in oath taking against Younis Khan. However, on LS as long as a player is performing, he is valued and appreciated and therefore Misbah’s performance has to be lauded. However, it is crucial Misbah repeats this performance against NZ because if he does not he will rightfully be termed as a flat track bully.

Prior to this series Azhar Ali’s performance was unimpressive in Tests and his average was about 30. His temperament was regarded quite highly but he seemed to struggle against pace and seam. However in this series Azhar was composed and handled with SA attack with maturity. This was an excellent performance considering his poor record previously and considering this was a strong team. However, once his place in the side is cemented Azhar needs to realise that if his performance wanes he will receive the same treatment as Umar Akmal. The PCB management is showing the door to U Akmal, who talent wise is one of the best young batsmen in the world. Umar’s talent does not vest in his ability to keep the strike rate healthy, but in the fact that he can defend, attack and rotate strike easily. He is also blessed with excellent hand to eye coordination and picks up the length very quickly. He is good at playing cross batted shots, which is not a technique usually recommended but very useful 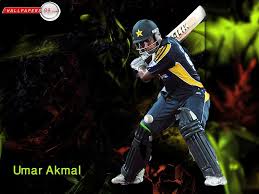 if someone can master it. Umar Akmal’s attitude has been concerning, but the PCB will have to devise a more fruitful way to control him as Pakistan might otherwise lose a super batsman. One wonders where U Akmal’s career is heading, after Pakistani batsmen like Hafeez, Y Khan, Azhar, Misbah and Razzaq have shown form recently? There are reports that Shoaib Malik will return for the World Cup 2011, so it may be possible that U Akmal does not find a place in the preferred playing XI which is diabolical considering his talent.

Pakistan’s bowling without Asif and Aamer clearly lacks punch. It is unfortunate Saeed Ajmal is lacking in form. One can imagine what a strong bowling line up it could be, with a fit Shoaib Akhtar, Asif, Aamer and

Whether Rehman has taken over from Ajmal as Pakistan's premier spinner remains to be seen, but his batting skills may come in handy

Ajmal? Abdur Rehman impressed in sessions but his strike rate was 94, although he out performed his left handed SA counterpart P Harris. This was not a series for bowlers but Pakistanis struggled more than South Africans, generally. Pakistan needs to plan astutely for WC 2011 because having bowlers who can’t take wickets in these pitches will not help. Ultimately Pakistan may have to rely on all rounders like Razzaq, Afridi and Hafeez to deliver in all areas to tilt the balance in their favour. All rounders have been Pakistan’s strength for some time and having Razzaq, Afridi, Hafeez and Rehman (who has shown he can bat) in the ODI World Cup line up may prove advantageous.

Mohammad Sami is unlucky as a bowler and his career

Tanvir surprised everyone with an excellent performance, but now needs to focus on consistency

should well and truly come to an end. Tanvir Ahmed was excellent and got the best out of an infertile pitch. Tanvir was accurate, hit and right areas and identified the batsmen’s weaknesses. Tanvir should now carry on the same form in NZ as Pakistan has seen too many one-match, one-series or one-season wonders.

There are more positives from this series than negatives, but Pakistan cannot forget the series against Australia earlier this year when they beat Australia in one Test but then their form completely collapsed. This series represents the revival of the careers of Taufeeq, Hafeez, Misbah and Azhar Ali, while Tanvir Ahmed has shown promise. The next series against NZ will not be easy, as NZ is an unpredictable side and will be hungry for success after their recent defeat against India. One feels it will be a highly competitive series, as whoever wins will enter the World Cup will much needed impetus. From Pakistan’s perspective it is too late to get more new faces in and re-build, they have to perform with the current mixture of experienced seniors and promising youngsters. They need to realise that the NZ series will be the key test of their mental strength before the World Cup- which makes it even more important for the players to perform and go into the World Cup with their heads held high.

A Dazzling Performance by Abdul Razzaq

A new thread on the blog is due for a long time, but there can’t be a better time to write one and give the Dazzler his due.  Abdul Razzaq who has always been criticized for running his motor in two modes. Recently I heard that Inzamam used to say that Razzaq operates only in two gears, first and fourth. I have also felt the same way after seeing his various performances in the past few years but, never delved deeper to find out what the reason is? And why does he perform in such extremes?

In Abdul Razzaq’s own words which he finally spoke after his brilliant match winning century against SA, he said: “My talent has never been fully utilized especially my batting talent and I was made to play at different positions and whenever I failed, I was dropped.” He highlighted the point that if a player is performing under fear that if he does not perform in the match he is dropped in the next. With such kinda fear no one can perform.

In my opinion first it was Inzamam who destroyed his career when he was the captain and then Shoaib Malik did the rest. In fact Shoaib Malik tried his best to get rid of Abdul Razzaq and Shahid Afridi when Malik was the captain.  I do remember once Abdul Razzaq complained that Inzamam used to tell him to bowl fast, whereas Razzaq’s view was to concentrate on line, length and swing, but Inzamam wanted speed. In short if you treat a player like this his psyche is effected and it is not easy to focus and concentrate on the game.

Despite being from Punjab Abdul Razzaq was treated like a step son or an outcast for whatever reasons best known to Inzamam. In Malik’s case it was obvious that he did not want any all-rounder in the team so that he can proclaim himself as the best all-rounder of Pakistan team. And he did proclaim not once but, a few times, just like monkey praising his own tail.

In the 2nd ODI when Robinson was sent as an opener with Amla, Ramiz Raja said, Pakistan should think out of the box and send Abdul Razzaq as an opener.  And, Mohammad Akram the other commentator said, we have seen Abdul Razzaq opening the innings in county matches so he should be used here as an opener.

At least a dozen times we have mentioned here on this blog that in the shorter version of the game especially T20, Abdul Razzaq and Shahid Afridi must open the innings for Pakistan because, of the power play and also if one analyze the situation if Abdul Razzaq and Afridi come and play in the 16th or 17th over they are wasted. Because, no one can start hitting sixes from ball one.

The truth that Abdul Razzaq has spoken after the match winning century that players should not be dropped after one or two matches but, they must be encouraged. Unfortunately that law applies only for the CHOSEN ONES  the likes of Misbah, Malik, Farhat, Salman Butt, Rana Naveed etc., the mediocre nothing players kept coming back in the team again and again after so many failures.

Mishab the Mediocre finds new ways to get out

Afridi has always supported Abdul Razzaq and he has even used Mohammed Hafeez very well, Hafeez either scores or take wickets, bowls economically and looks like a changed player under Afridi’s captaincy. He even supported Shoaib Akhtar whom we all criticized and wanted to see his back. But, now with his shorter run up he is a different bowler at least he is not a liability.

Pakistan should soon decide what their team will be for the 2011 WC and try to gel the team rather than experimenting till the last moment. They should stick with the opening pair and should not disturb them if they fail once or twice. But, the PCB has a history of being the most disorganized and corrupt board in the cricket playing nations and as long as Ijaz Butt is there nothing can be done. He uses his veto and ruins the esprit de corps.