HAS AFRIDI SIGNED UP FOR A T20 COMPETITION?

According to the website This is Hampshire, Shahid Afridi has decided to play in a domestic T2o competition in England representing Hampshire.

This is despite making himself unavailable for the ODI series against Ireland. Afridi is due to arrive in England on 29 May.

Is this a silent protest for being sacked as the captain of the team? Or is Afridi telling the truth about his unavailability due to either his father’s illness or the flight disruption to Ireland? 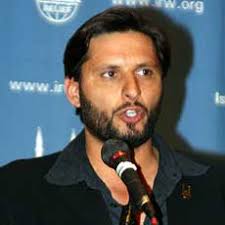 This entry was posted on May 29, 2011, 7:21 AM and is filed under LS Pakistan. You can follow any responses to this entry through RSS 2.0. You can leave a response, or trackback from your own site.