FROM LONDON WITH LIES – SMIRK BUTT IS BACK ! 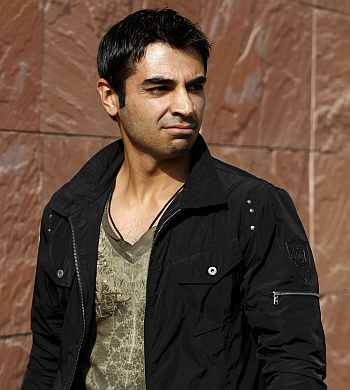 Get that SMIRK off your face Salman Butt

Here comes the third liar SALMAN BUTT and, he thinks the whole world is stupid? What can you do, if you live in PAINDOOSTAAN and a few of your Chamcahas and Friends tell you not to speak the truth because your image will be tarnished? If only there is any image left?

The thing is Salman Butt believes that, if you persist on lying that you did not cheat and you are not a thief then, may be “ONE DAY” the World will believe you?  Unfortunately this does not happen in real world.

I was expecting that Salman Butt will come up with the same lies like Mohammad Aamir and he did not disappoint me. I am disappointed to see that he has not grown a beard. After hearing the inside stories about his religious behaviour in the jail that he is reading his namaz  and Quran regularly without missing any. And, when he will come out of Jail after the full term of his jail he would come out like a mini mullah. Perhaps because of this unexpected and early release from the jail he did not get enough time to convert into a Full Mullah.

We remember, he used to prostrate (Sajda) on the ground after making his hundred and constantly used to mutter duas before facing every ball and, then the news about his reading 5 times prayers and reading Quran so regularly, one would have thought, he must be a changed man now? Unfortunately nothing has changed, he was a liar and a pseudo religious person and he still is.

Salman:  Your body language confirms that you are lying, so don’t you have any shame in acting out the whole episode? Whether you agree or not, you’ve ruined the image of the country, reportedly you’ve coerced a young fast bowler to commit the same crime you did, that ruined his career, reportedly you were the ring leader of that match fixing, spot fixing saga and yet you claim that you don’t know anything about it to claim your innocence?

If you have any remorse “Ghairat” you should dive into a “Chulloo Bhurr Paani” and commit suicide. Instead you still carry that SMIRK on your face. I have never seen such a shameless person who is not willing to learn from his past mistakes and vehemently denying all charges against him.

Your ego is as inflated as a hot air balloon and there is no substance in the words you have uttered in the past and even after coming out of the jail, and you have the gumption to announce that you will hold another big press conference to explain us (dumb, idiot, dimwit, dolts – the uneducated and contrivers) that you are not guilty but innocent? You are saying that the whole of British judiciary is incompetent?

You claim that the whole system was against you and they planned and plotted a conspiracy against you? Go ahead and please say in your so-called forth-coming press conference that is a JEWISH conspiracy! And, we will all believe you and join you in the name of Jihad.

In the above paragraph I have mentioned that you have ruined Aamir’s career which may be true but, that does not mean he should be pardoned and allowed to play for the country. In my books, ONCE A THIEF, ALWAYS A THIEF.  But, if you have coerced him then the fact doesn’t change, you did ruin his career.

For the sake of young players please admit that you are guilty like hell.

Being older than Aamir, you must compel him to speak the truth, because, like you he too is still lying and he has shifted the blame on you that you coerced him and he is innocent.  Now, it is a mud-slinging game. By admitting guilt the facts will not change but, sympathies may pour in. We all shall be saying at least he has admitted the crime he did so, lets forget and move ahead.

Ahead we all will move, change will come, no one can stop the time but, Salman Butt,  if you do it for your own “Aaqibut” you will be a relieved person. How can you carry the burden for the rest of your life? Remember you have a son and may be because of him Allah may have created the circumstances that you are out of the jail sooner than later.

So, for YOUR SON’S SAKE be a true Muslim and not a pseudo and STOP denying that you were not involved in it. Because, there is no smoke without fire.

If you are so religious, let me give you a “religion ka vasta” and I hope it works ????

Otherwise, this burden of guilt will kill you.

I would like to quote the first 4 verses from Surah “Adh-Dhariyat” or The Winnowing Winds. Chapter 51 – Al-Quran.

“By the scatters scattering,
By those carrying a heavy burden,
By those running and flowing easily,
By those who subdivide a matter.”

When pointing to the physical phenomenon it may stand for the vapours that rise from the oceans, carry the clouds with rain water, blow gently then, cause rain to fall on dry parched and burnt land and then turn it into blooming, blossoming and smiling earth that bear flowers and sweet fruits.

Spiritually, the meaning is different, these 4 words mentioned above stand for those righteous men who drinking deep at the spiritual fountain that our Holy Prophet caused to flow after assimilating and impregnating the teachings of Quran, went forth to all 4 corners of the globe, carrying the blessed burden and scattering the revealed word of the Almighty not with sword but with love and peace like, the winds that blow gently and carry rains to withered lands and release the burden.

I hope when you have released the burden that you have been carrying for so long, you will become a relieved person. Because, if the intentions are good then the result of relieving the burden should bear good results and bear sweet fruits. Hence you need to become Al-Muqassim i.e., the one who distribute.

Distribute, love, affection, humility, compassion etc., etc., and ALL this can be done if you are a honest, sincere and a truthful person. And, you can never do this if you keep lying again and again and again.

I think I have touched your conscience but, not stirred it. Get real Salman and stop being a pseudo.

This entry was posted on June 26, 2012, 10:41 PM and is filed under LS Pakistan. You can follow any responses to this entry through RSS 2.0. You can leave a response, or trackback from your own site.